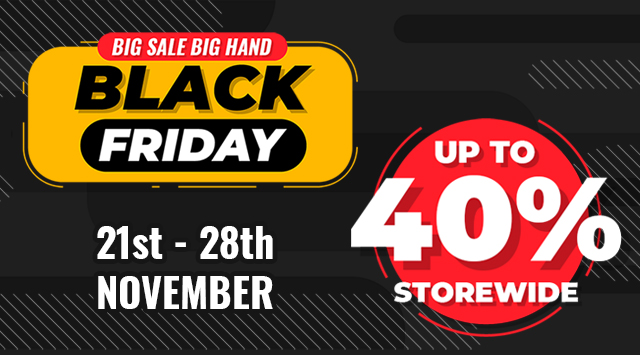 Magento Continues is Leading eCommerce Platform - 5.0 out of 5 based on 1 vote
Tom Robertshaw - a UK Magento developer has just released the latest result of his quarterly eCommerce survey. The survey found 34,864 sites in the Alexa Top 1 Million that are using eCommerce and analyzes which platform is being used. The leading eCommerce software continues to be Magento.

In this article, I will look closer about the statistics from the February 2013 eCommerce survey:

According to this study, Magento accounts for 26 % of all eCommerce sites in the Alexa top one million sites. Equating to 9,063 sites more than any other eCommerce platform. It sees a 12,07% growth rate since the previous October survey. The figures also illustrate the growth of Magento.

VirtueMart becomes the second most popular eCommerce in the Alexa Top 1 Million by 9.5%. Following these two top platforms are Pretashop and Zencart. In that, Zen Cart losted 2,000 sites, it has decreased 4.541 sites to 2.515 sites. While both VirtueMart and osCommerce is also light decrease. Conversely, both Prestashop and Open Cart are significant increases. 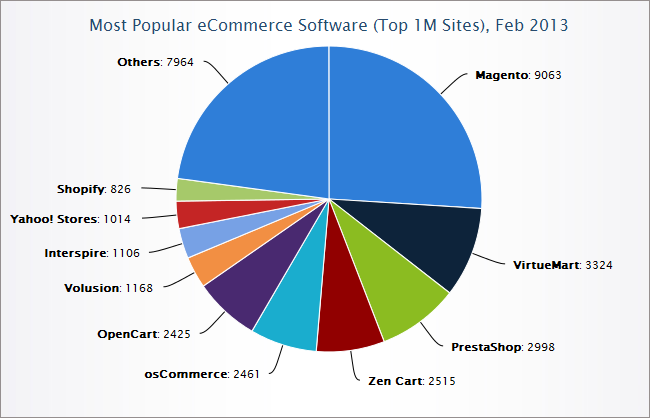 This survey also looks at the top 100.000 busiest sites according to Alexa, 1,632 stores were detected.

The results of this survey show that Magento continues to have the most stores in the top 100.000 with 468 stores, an increase 65 sites compared to the previous survey 6 months earlier.

Second and third most popular in this study are the traditional Enterprise products IBM WebSphere and ATG. 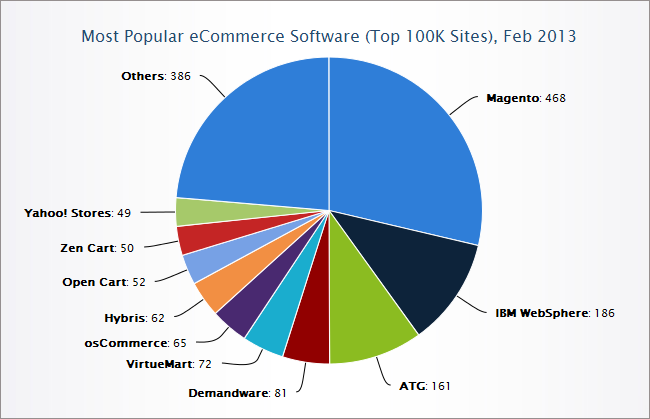 Why do many merchants and developers choose Magento?

Magento took the leading position in every niche of eCommerce from small online stores up to enterprise companies. Which is actually not a surprise. There are many reasons why so many merchants and developers have been choosing Magento. Here are just a few of them:

Read 27392 times
Published in News and Updates
Tagged under
Tweet